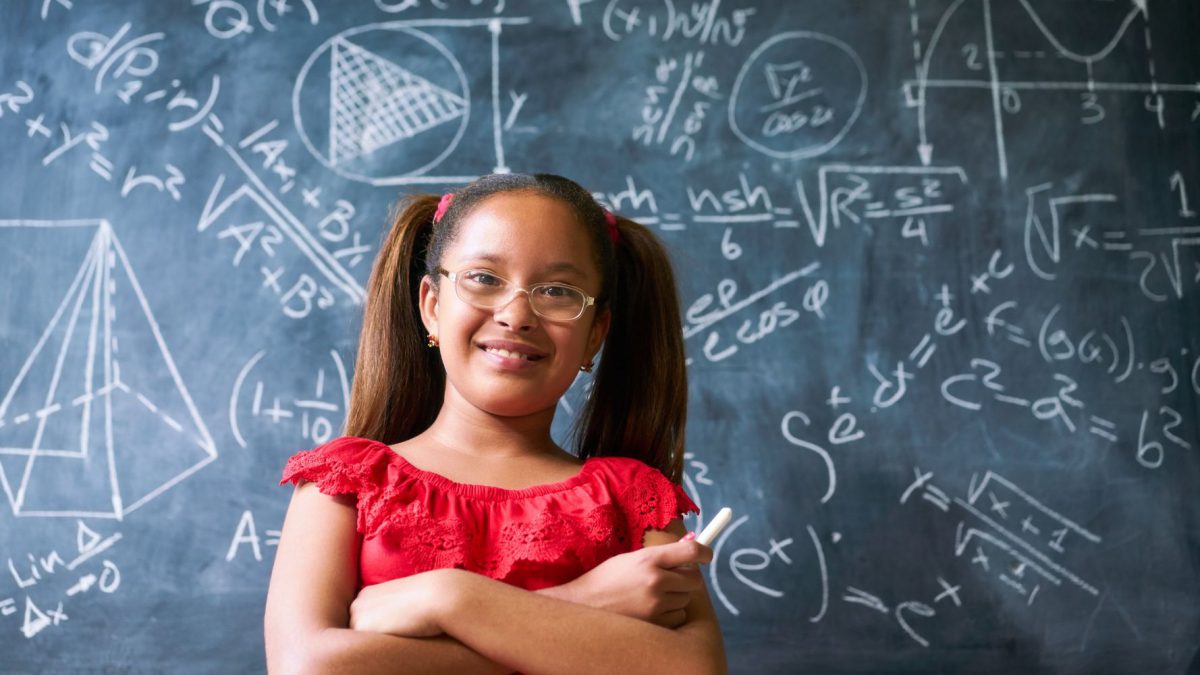 Utah Sen. Ann Millner minces no words: “Utah cannot grow its technology cluster without a significant focus on developing talent.” Given that said technology cluster drives our state’s economy, the mandate is simple: Turn out more talent or face a drawback in economic prosperity.

“Computer science, engineering, cybersecurity, information technology, web development and other STEM professionals are critical to meeting the needs of the tech sector,” Millner observes, “and frankly, many other industries here in Utah.”

Tamara Goetz, executive director of the Utah STEM Action Center, identifies one of the bottlenecks contributing to STEM shortage as originating at the beginning of the education pipeline. Quite simply, many students don’t consider STEM as an option. Goetz says it’s important to identify “the gaps in foundational skills that prevent students from being comfortable” with STEM-related fields. It’s the all-too-common “I’m no good at math” syndrome in which students perceive technical disciplines as esoteric and unfathomable. STEM disciplines, many seem to think, require a set of specific mental configurations or intrinsic abilities. Much like computers come out of the factory with specific software installations and hardware specs, you either have the right stuff (so the erroneous tale goes) or you don’t.

In truth, of course, learning any discipline requires perseverance. While neurologists continue to explore the boundaries of our understanding of predispositions and nature vs. nurture, we do know this: Grit and determination outweigh skill. To encourage students to pursue STEM fields—or at least have an open-ended attitude toward them—we’d want to educate them that anyone can be a programmer, a scientist, an engineer. Regardless of whether math makes no sense. Or whether computer code is absolute gibberish (psst: it is to everyone—until they learn it). That’s the entire point of education, after all. To make familiar the unfamiliar.

“The other big issue,” says Goetz, “is access and equality.” Some schools lack the same STEM emphasis and initiatives that other schools enjoy.

Millner notes that students need to have STEM engagement “while in elementary, junior and senior high school.” These “opportunities to engage in STEM-related experiences” help instill the necessary curiosity and openness toward STEM disciplines. Unfortunately, not all students have this opportunity.

Rural students feel the dearth of access most acutely. Often, “finding a qualified teacher can be difficult,” per Tami Pyfer. Rural schools bear the brunt of teacher shortages: talented tech educators tend to gravitate to urban centers with more possibility.

As Utah’s state education advisor, Pyfer finds herself in the STEM trenches. Some rural schools are using interactive video conferencing (IVC) to “attend” classes remotely. For example, rural students in Cache, Rich and Box Elder counties are partnering with Bridgerland Tech College to take courses in robotics and automated controls of programming, says Pyfer. Using IVC, these students can participate in classes offered at the Logan or Brigham City campus of Bridgerland Tech from their own classrooms.

Given that STEM educators can “make double their salary by leaving education and working in the tech industry,” why would any of them make the sacrifice to remain a teacher? For some, undoubtedly, education is a calling that transcends salary differentials. In general, however, industry siphons STEM talent away from teaching.

Pyfer and others are working on solutions for the incentive mismatch. “We’re addressing the shortage of trained teachers from a couple of angles,” she says. In one approach, the state allows some STEM experts to teach with special dispensation. Teachers normally must complete a lengthy and onerous process of education in, well, education. Followed by licensing and continuing education. Via special licensing and Career and Technical Education (CTE) programs, “individuals with expertise in a content area, such as coding and computer science,” can “teach a limited number of classes per day,” bypassing “the typical educator licensing process,” says Pyfer.

This so-called “eminence licensing” creates a win-win for schools, STEM experts and employers. A company could farm out some of its employees for a few hours per week to teach. The STEM employee isn’t forced to choose between salary and purpose. Maybe he’s always yearned to teach but also wanted a higher salary than teaching could provide. Nothing wrong with that. Now, he can enjoy a change of scenery—and the feeling of providing something of value to his community—while still pulling an industry salary.

The program also solves a problem intrinsic to tech ed: that of relevancy. Many fields change so rapidly that curriculums lag behind. By the time an institution develops and implements a course, the industry may have already moved on. By bringing in working professionals, says Pyfer, “the curriculum is dynamic, staying current with industry changes.”

Tamara Goetz recognizes the outsize role that Utah companies are playing in STEM evangelism and implementation. Due to the commitment of our industry partnerships, she says, Utah has seen a growth in STEM education and talent development in the past five years. Without industry participation, she notes, “we would not have a nationally-recognized STEM Action Center.” Furthermore, she credits industry partners with “making STEM a household term,” via a public awareness campaign. The companies that have helped support the STEM cause in Utah, she concludes, are “too numerous to name but their impact on STEM education is invaluable.”

In this year’s annual Silicon Slopes Tech Summit, STEM acceleration featured prominently. “Governor Herbert announced the first cohort of participants in our new Talent Ready Utah IT Pathways,” says Tami Pyfer. Selected students from around the state “will be part of a pilot program which awards industry-recognized certification in computer science.” The Talent Ready program, per www.governorblog.utah.gov, has the goal of “filling 40,000 new high-skill, high-paying jobs in Utah over the next four years.” Pyfer herself has been tapped to chair the initiative.

Progress, but not enough of it

All the STEM efforts are making a difference. “Student enrollment in computer science …  is growing exponentially in Utah classrooms,” says Pyfer, from “3,600 in 2014 to just under 50,000 in 2017.” That’s a 12-fold increase in three years, or an impressive 400 percent averaged annually. And that’s not even counting “another 38,500 course enrollments in related technology fields, such as 3D animation and web design.”

However, “although course offerings are increasing and enrollment in these classes is growing” says Pyfer, “the number of jobs requiring these skills is growing even faster.” Sure, a booming economy is a great problem to have. It does, however, make us victims of our own success. Senator Millner notes that the growth of our tech sector puts pressure on the education system and the state to “mobilize our resources to develop the talent.”

Millner notes that Utah can “continue to lead the United States in job growth, but it will require sharpening our focus on developing a STEM workforce.” She cites recent data to the effect that 11 of the 15 hard-to-fill jobs in Utah were STEM-related, of which seven were in computer science and IT.

Additionally, STEM jobs are, typically, better jobs. Millner says a 2016 report from the Alliance for Science and Technology research in America showed STEM careers pay an average of $37 an hour versus non-STEM jobs that pay $17.60 per hour. In short, she concludes, “These are family-sustaining jobs that benefit everyone in our state.”

So we’re having success promoting STEM, but not at a rate sufficient to fill the jobs created by a faster-growing economy. Where does that leave us? Running full speed just to stand still? Maybe—if we’re lucky. We shouldn’t complain, however. Just ask the folks in West Virginia.