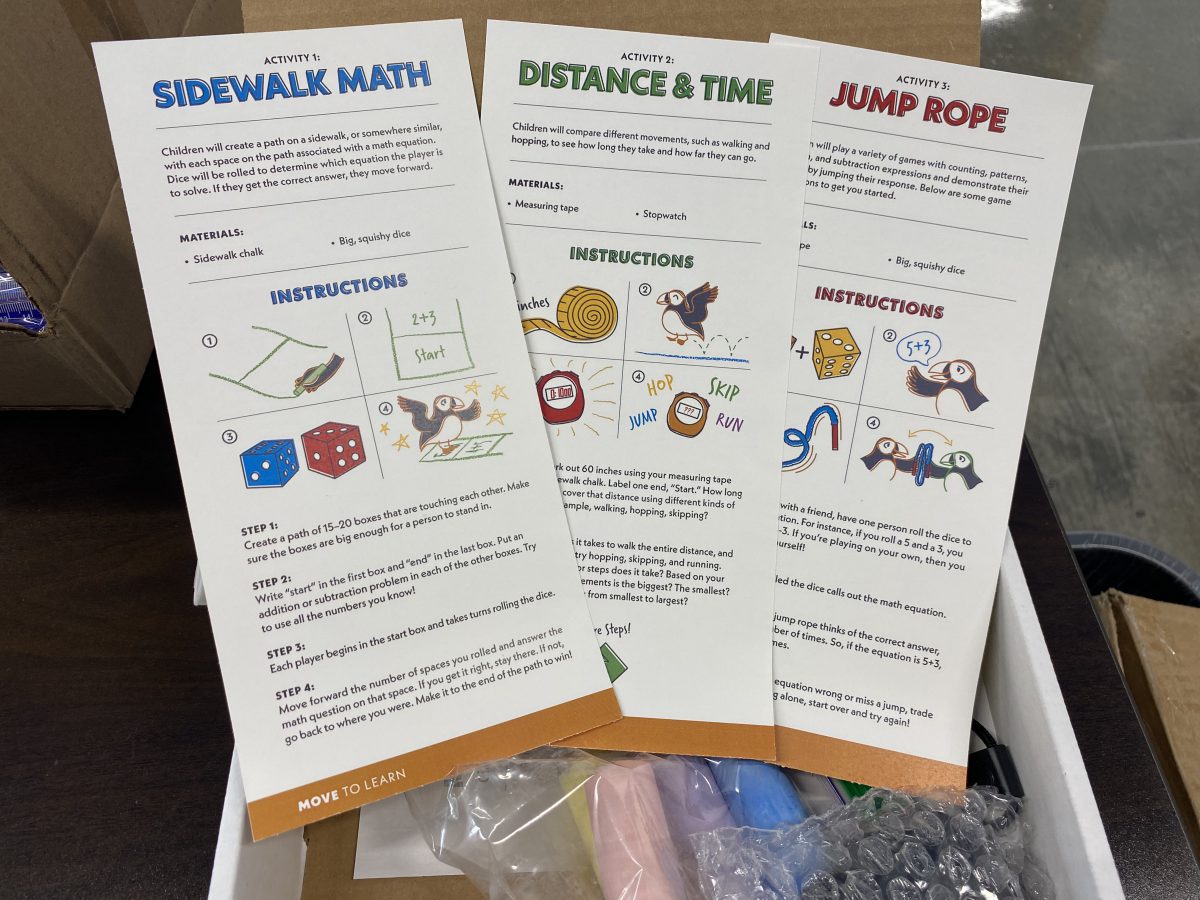 After a successful pilot, the Utah STEM Action Center will be expanding its To-Learn kit program in order to reach more students throughout Utah. Thanks to increased support from industry and community partners including Boeing, Comcast, Micron, Clever Octopus, Tooele City Library, and the Utah Department of Cultural & Community Engagement, these kits are being delivered to select students in Weber, Davis, and Salt Lake counties through schools and out-of-school time programs and organizations. As the program grows it will expand to additional counties throughout the state.

The To-Learn program was initially created in partnership with Project Child Success in Washington State, based on a series of family and community-based activities meant to familiarize families with early math learning skills. A pilot program was developed and distributed using local libraries, schools, and out-of-school time programs. Students took kits home to test out the activities and materials, including a set of pilot kits created in partnership with Clever Octopus. After initial feedback indicating interest and areas for development, the Utah STEM Action Center received funding from Boeing to develop a more comprehensive program.

The To Learn kits support students’ ability to develop early math skills. They encourage students to see math as part of everyday life, something that is approachable, and applicable. They develop broad mathematical skills, such as pattern identification, categorization, measuring, estimating, arithmetic, and mathematical processes, as well as specific skills, such as identifying the difference between 2-D and 3-D shapes, reading a ruler, addition and subtraction, counting, and putting numbers in order.

The current phase of the To Learn program includes five kits, three of which are currently in the process of distribution: Paint to Learn, Move to Learn, and Build to Learn. Two additional kits – Explore to Learn, and Play to Learn – are under development. If you would like to learn more about the To-Learn kits, email Julienne Bailey at juliennebailey@utah.gov.