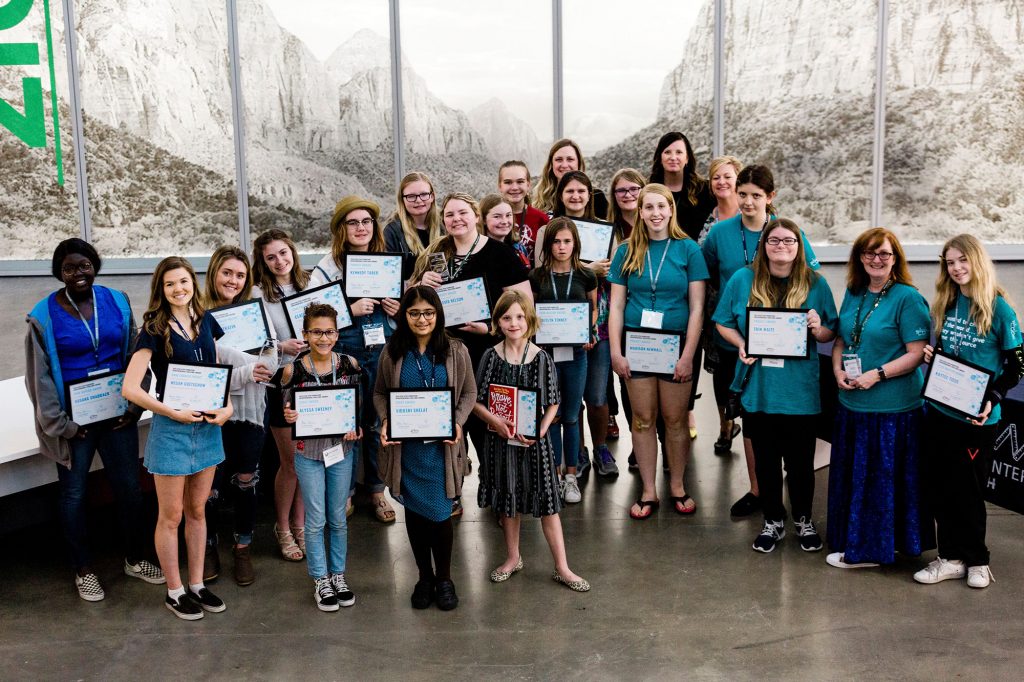 The Utah STEM Foundation announced the awardees of its inaugural Girls Who Code (GWC) Entrepreneurial Challenge in a celebrative ceremony at Recursion in Salt Lake City on April 25, 2019.

Offered in partnership with Carbonite, Comcast, Centeva and Recursion, the Utah STEM Foundation Entrepreneurial Challenge was launched to encourage greater female representation in STEM, as well as to inspire girls’ pursuit of leadership roles, entrepreneurship, and challenge them to aim for career opportunities in which women have been—and continue to be—underrepresented.

“Our economy, our society, we are just losing out because we are not raising our girls to be brave,” said Emily Ong, Senior Manager of Girls Who Code Community Partnerships and Outreach, who traveled from the nonprofit’s NYC headquarters for this first-of-its-kind event. “The bravery deficit is why women are underrepresented in STEM, in C-suites, in boardrooms, in Congress, and pretty much everywhere you look.”

The four Entrepreneurial Challenge categories and respective awards and awardees (with links to Project Challenge entries):

The “Most Marketable” Project Challenge Awardees received framed certificates, a club trophy, and $1,500 to go toward the development of their marketable project.

The “Game Changer” Project Challenge Awardees received framed certificates, a club trophy, and $2,500 to go toward development of their game-changing project.

In addition to generous support from Carbonite, Comcast, Centeva and Recursion, California Pizza Kitchen at The Gateway in downtown Salt Lake City offered a 20 percent discount to all Entrepreneurial Challenge Awards Ceremony participants that evening.